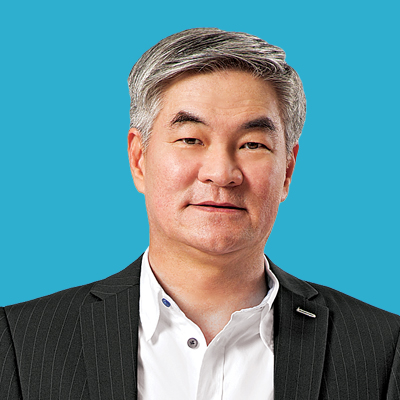 Henry joined our Group on 2 May 2008 as Chief Operating Officer and was appointed Chief Executive Officer on 1 February 2019. He has also been the Chairman of Go Shop, Astro’s commerce business, since 28 April 2014. Redesignated as Group Chief Executive Officer on 1 April 2020, he is currently leading Astro’s transformation to be Malaysia’s undisputed entertainment destination riding on the Group’s prized customer base, unrivalled reach and winning local content.

Combining the best global streaming services with a new local streaming service for millennials focused on local content and sports, Henry aspires to make Astro, the best entertainment aggregator for Malaysians. The Group is also refreshing its business models, customer experience and technology as part of the overall transformation effort while growing adjacencies in broadband, commerce and digital.

An advocate of local content, Henry continues to raise the bar for groundbreaking content including premium Astro Originals. Under his leadership, movies produced by Astro such as Ola Bola, The Journey, Hantu Kak Limah, Paskal, Police Evo and Vedigundu Pasangge have captured over 50% share of local movies Gross Box Office and won numerous international and local awards. The Garden of Evening Mists is the only Malaysian film to bag nine nominations at the Golden Horse Awards.

Astro is in the process of upgrading its customer experience, offering seamless and customized viewing across TV and other devices with Cloud Recording, Play from Start and Pause features, connecting customers to over 65,000 videos On Demand.

Since joining Astro, Henry has been championing the Group’s education initiatives as its core ESG pillar for over a decade. Today, learning content on Astro such as Tutor TV, TVIQ and TV Pendidikan reaches 5 million students nationwide annually and received widespread commendations for helping students excel in their studies.

Henry was previously the Chief Executive Officer of Mindshare Malaysia and GroupM (Malaysia and Singapore). Prior to that, he held the position of Media Director, Ogilvy & Mather and General Manager, HVD Entertainment. He holds degrees in Business (Marketing) and Arts (Communications) from Chisholm Institute of Technology Australia (now known as Monash University).