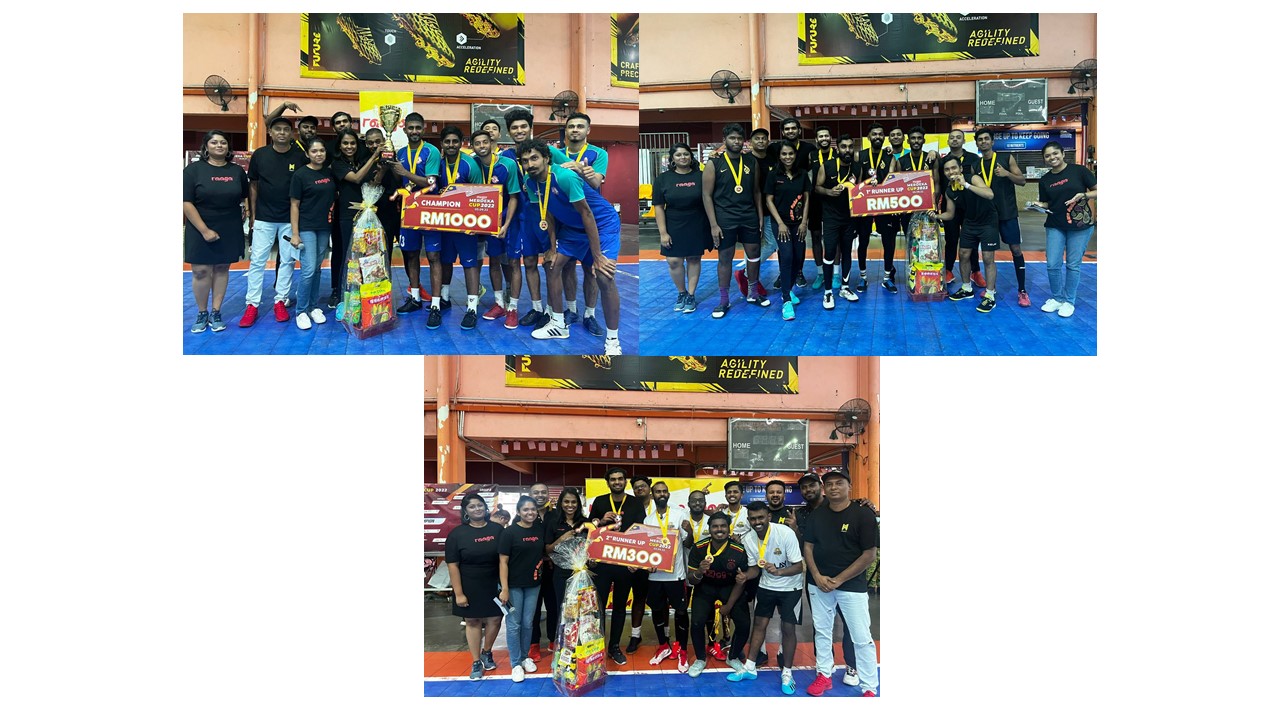 RAAGA announced the winners of the ‘Merdeka Cup 2022’, a futsal tournament held on 3 September from 9am to 5pm at Sport Planet Arena, Ampang.

Following action-packed matches between 16 teams from across the nation, the tournament ended on a high note with the following three teams announced as winners:

The champion took home RM1000 in cash and a trophy, while the first and second runner up took home RM500 and RM300 in cash respectively, as well as medals.