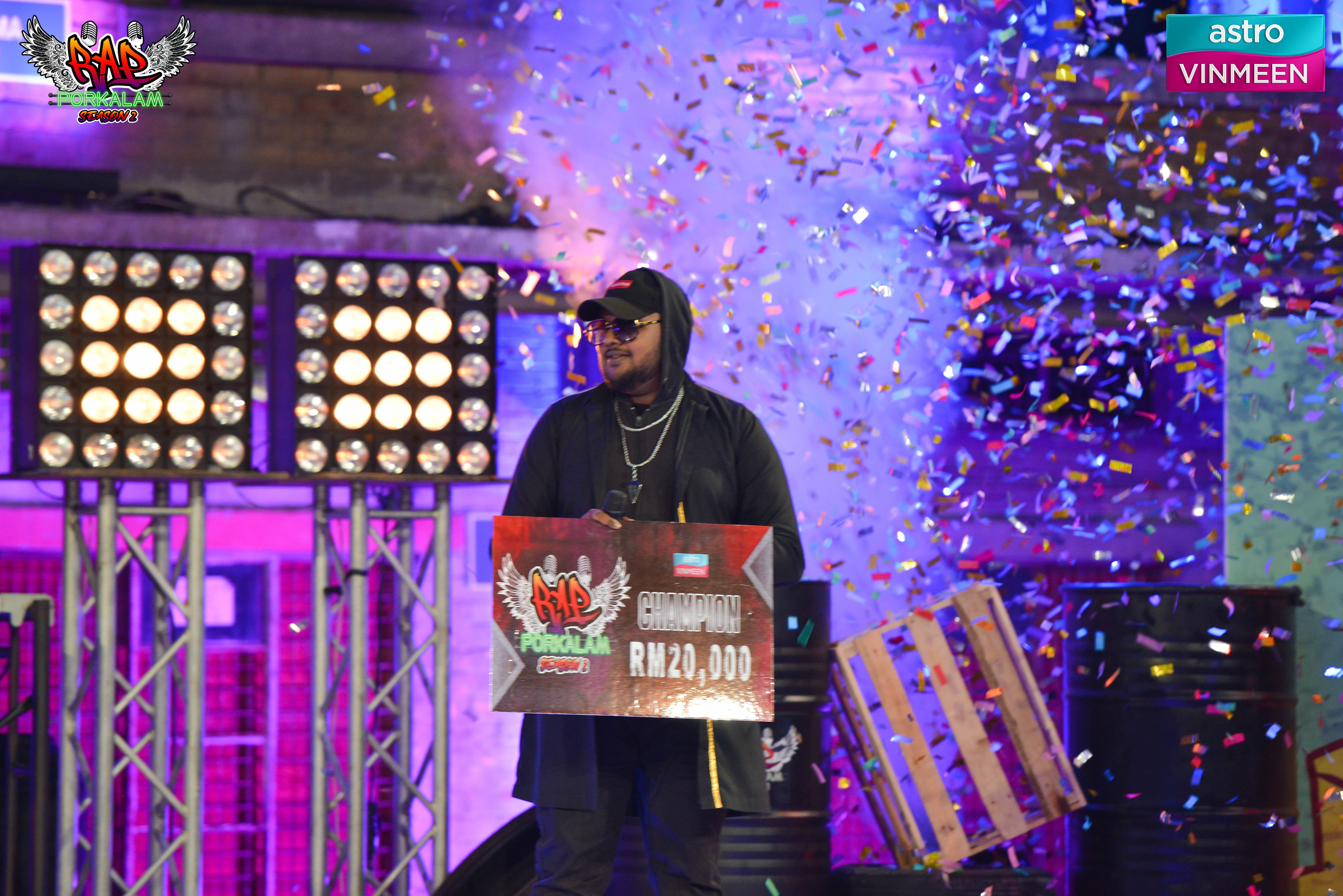 Prem Anand, Vice President, Indian Customer Business, Astro, said, “It’s been a rewarding journey witnessing the growth of these local talents guided by some of the best in the local Tamil rap landscape via Rap Porkalam. We are happy to provide Malaysians with more platforms such as this to showcase their talents. We congratulate all finalists, especially Og Bangerz on their well deserved success.”

Og Bangerz, Champion, Rap Porkalam Season 2, said, “It feels like my 13 years of consistent hard work had finally paid off. I’m extremely happy to be the champion of Rap Porkalam Season 2 especially in the presence of my idols, Yogi B, Emcee Jesz, Saint TFC and Sheezay. I will cherish this moment as my lifetime achievement. I’m happy that I was able to make it through despite this being my debut stage performance, proving to audiences that hardwork will always pay off. I would like to take this opportunity to extend my gratitude to all my supporters. I look forward to their continuous support in time to come.”

The second place winner was awarded RM10,000 in cash, while third and fourth place took home RM2,000 cash, and fifth place with a cash prize of RM1,000. Fans can stream all episodes of Rap Porkalam Season 2 now via Astro GO and On Demand.