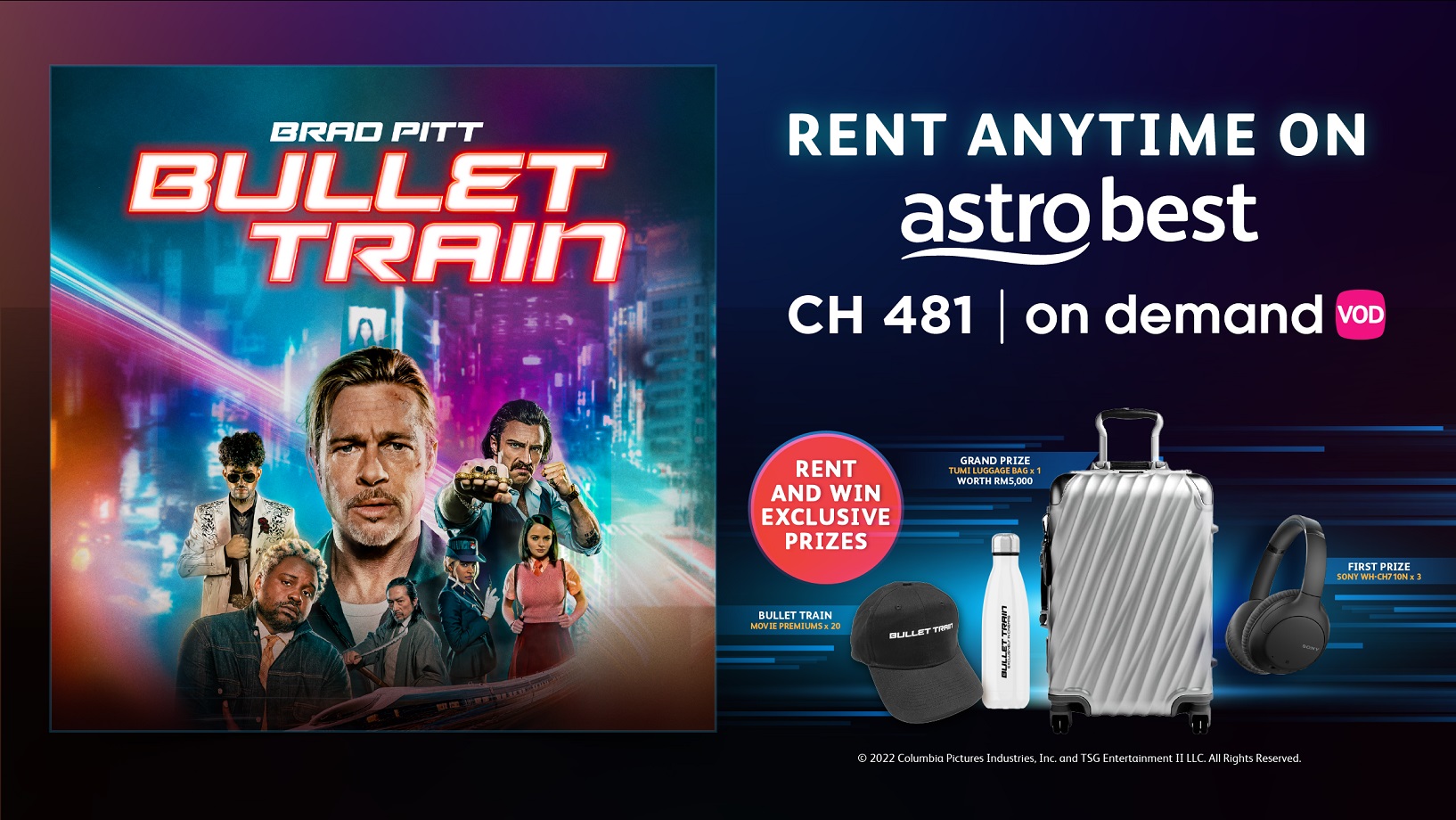 About ‘Bullet Train’ on Astro

Bullet Train, an adaptation from the Japanese novel, Maria Beetle by Kotaro Isaka reveals five assassins including Ladybug (Brad Pitt) aboard a swiftly-moving bullet train from Tokyo to Morioka to find out that their missions have something in common. In order to fulfill the mission, unlucky assassin Ladybug must battle with others who has connected yet conflicting objectives. The question becomes, who will make it off the train alive and what awaits them at the terminal station. The end of the line is only the beginning in a wild, non-stop thrill ride through modern-day in Japan.

For more information about the rent and stream, visit promotions.astro.com.my