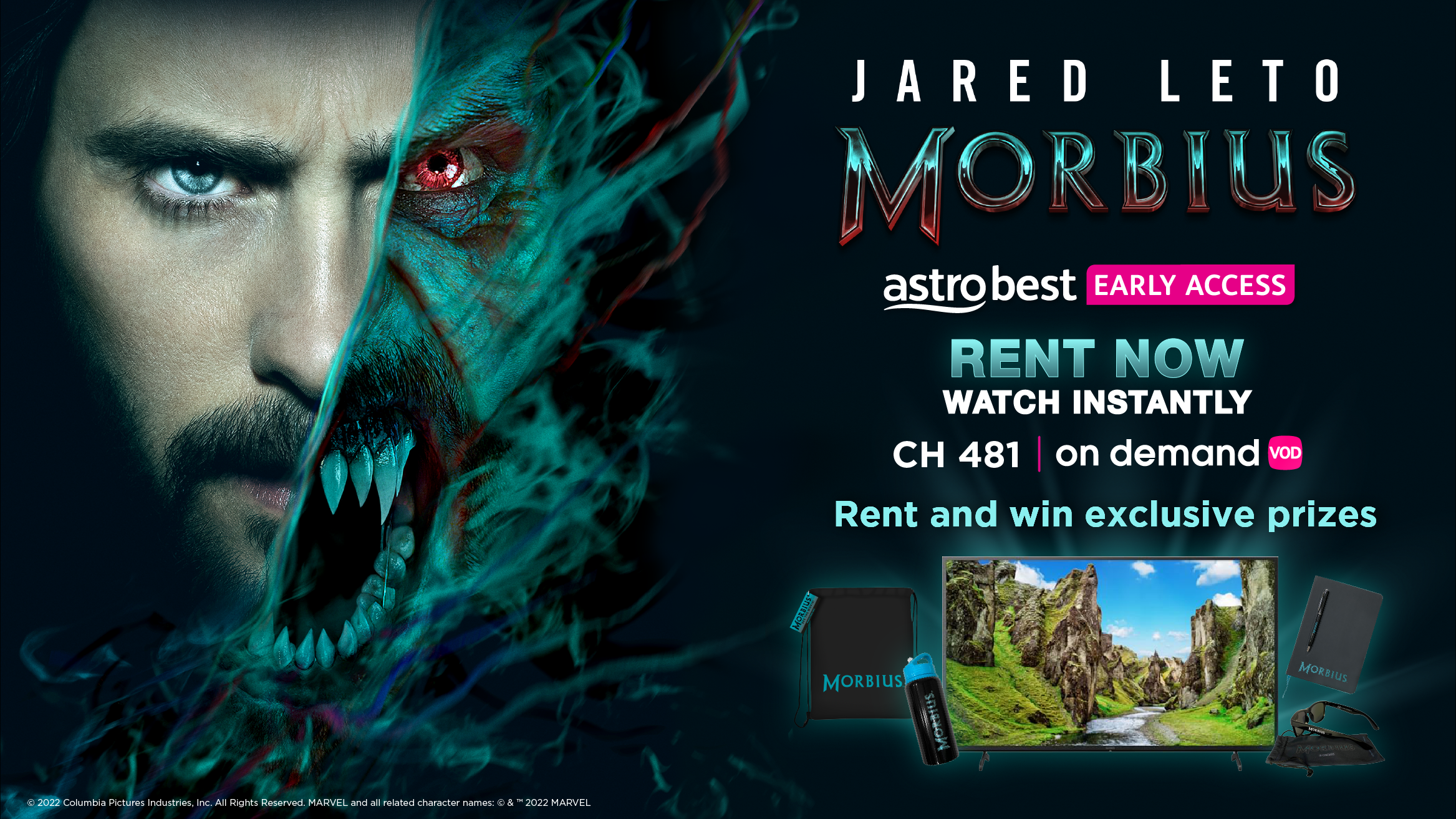 About ‘Morbius’ on Astro

Astro customers can rent and stream Marvel’s action-vampire film, Morbius, premiering from 19 May 2022 on Astro Best (Ch 481), On Demand and Astro GO. Following the Marvel comics character with the same name, the film Morbius is directed by Daniel Espinosa and stars the Oscars® winner Jared Leto as Michael Morbius, the renowned director and actor Matt Smith as Milo, talented actress Adria Arjona as Martine Bancroft, the latest ‘F9’ movie actor, Tyrese Gibson as Detective Stroud, comedian and actor from The Way Back film, Al Madrigal as Detective Rodriguez and more.

Morbius, an adaptation from the comics character of living vampire in the Marvel Universe reveals one the most captivating characters when the Oscar® winner Jared Leto transforms into the enigmatic antihero Michael Morbius. Dangerously ill with a rare blood disorder and determined to save others suffering his same fate, Morbius attempts a desperate gamble. What at first appears to be a radical success soon reveals itself to be a remedy potentially worse than the disease.

Astro customers can stand a chance to win a Sony 50-inch 4K Ultra HD TV and exclusive Morbius merchandise following the steps below:

Rent Morbius during the ‘Early Access’ period for RM35 and stream for an unlimited number of times over 48 hours. For more information, visit promotions.astro.com.my